Yellow with fall, larch trees light the trail as Barbra and a friend make their way down from the summit of Bogd Khan Mountain. A Unesco Heritage Site, Bogd Khan rises 3,000 feet (914 meters) above the southern edge of the city of Ulaanbaatar, itself over 4,000 feet (1,310 meters) above sea level. Considered sacred by Mongolians, the mountain is home to numerous species of birds and other animals, some of which are rare. 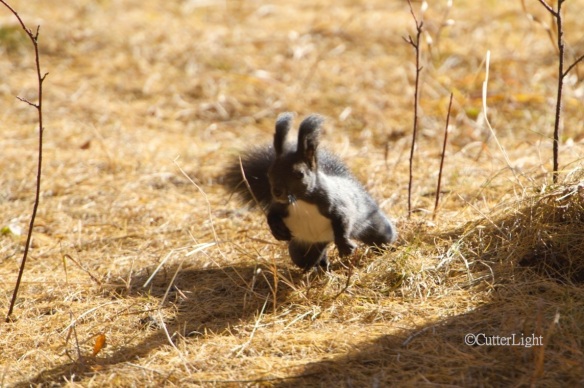 The Eurasian red squirrels (Sciurus vulgaris) of Bogd Khan are nearly black. Siberian Pine and Scotch pine provide ample forage for the forest’s squirrels and chipmunks; abundant birds of prey and foxes keep them on their toes. Prompted by increasingly cold nights, this one was a whir of activity as he scampered from tree base to tree base in an attempt to build his stash of pine seeds. 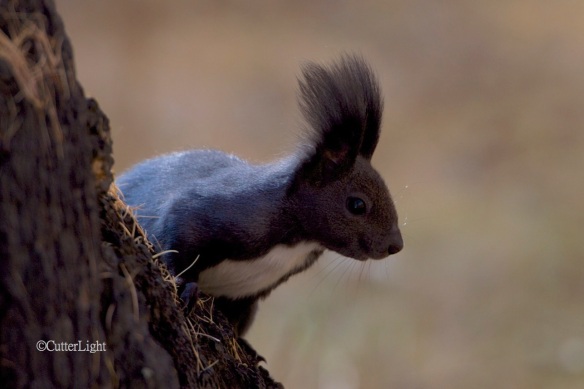 We followed a looping path up the mountain and back down, pausing at the summit for lunch under Mongolia’s signature blue skies. The hike took us through deciduous forests of mostly larch (Larix siberia) and birch (Betula paltyphylla) in the lower elevations, gradually giving way to evergreen forests predominated by Siberian and Scotch pine as we we climbed higher.

Recently nighttime temperatures have been plunging well below freezing with daytime highs climbing into the 40’s (degrees Fahrenheit), perfect fall hiking weather. This icy little brook is lit with the gold of larch trees and morning sunlight.

Catching the slanting rays of early sunlight, some of the last embers of red glow in this small meadow on the shoulders of Bogd Khan. Just weeks ago raptors such as black kites seemed to be everywhere. Now ravens and crows have taken over the skies. Winter is coming.

A previous hiker left a snack for these great tits (Parus major), including sea-buckthorn berries. They look and sound very much like their North American cousins, black-capped chickadees. 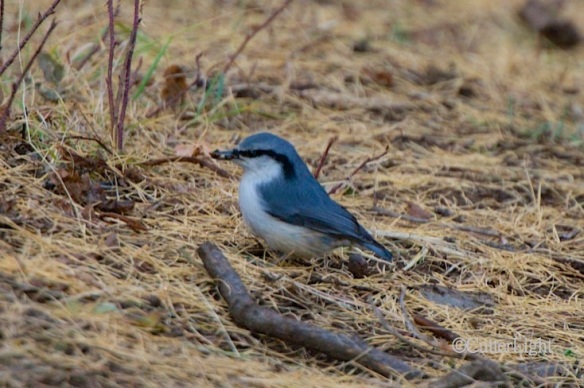 Another common resident of Mongolia’s forests is the Eurasian nuthatch, (Sitta europaea). This one is sorting through larch needles for insects and seeds.

A first for us, this sable (Martes zibellina) appeared to be hunting when we startled each other. 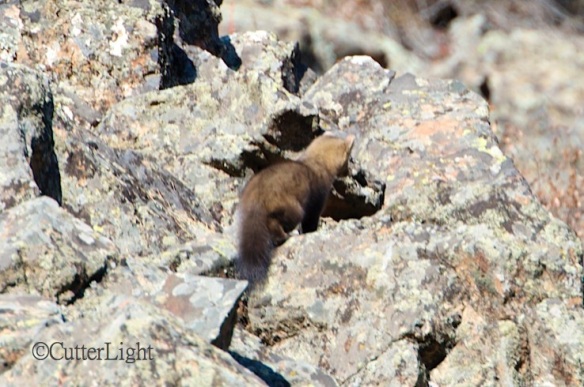 This little guy was quite skittish and didn’t hang around long before he took off for less populated (by us) hunting grounds. Picas, gerbils, squirrels and other rodents are abundant throughout the steppe and forests of Mongolia. Already thickened up for winter, his coat looks luxurious.

With foxes and sables on the prowl, this Siberian chipmunk didn’t sit still for even a second as he crammed his cheeks with seeds. Ranging from northern Japan through Europe, this is the only non-North American species of chipmunk. 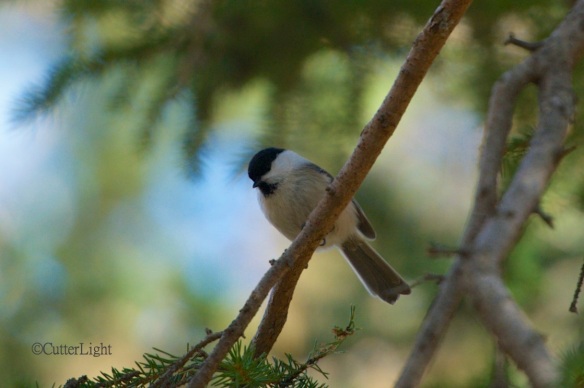 As we gained altitude, stands of deciduous trees gave way to evergreens. The chirps and peeps of secretive birds followed us up the mountain.

The jay from which all jays get their name – the Eurasian jay – was a bird we had really wanted to get a look at. The subspecies locally common in Mongolia, (Garrulus glandarius Brandtii) is one of the most colorful among this group. They appeared to us to be considerably larger than either the blue jay or the Steller’s jay of North America.

Fire opened the canopy in an area near the summit of Bogd Khan allowing a grassy meadow, laced with deer trails, to emerge. We’re looking forward to making this hike in warmer seasons when wildflowers are in bloom. 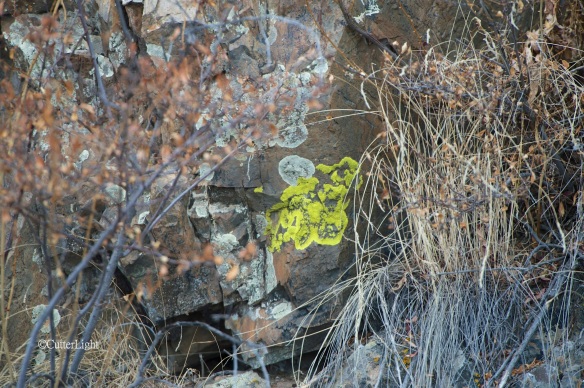 This splash of chartreuse from a rock-hugging lichen was startling. 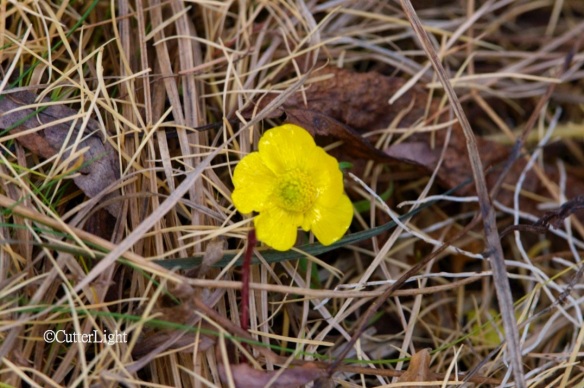 As was the unexpected yellow in this small, late-blooming flower. 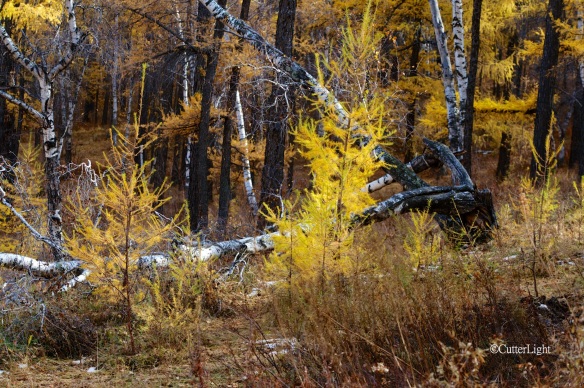 And then their were landscapes like this… jumbles of birch and larch that seemed to be lit from within.

We emerged from the forest as the sun was beginning to sink below the mountain ridge, tired in the best possible way. It is a fortunate family that lives in this ger on the edge of this great forest.