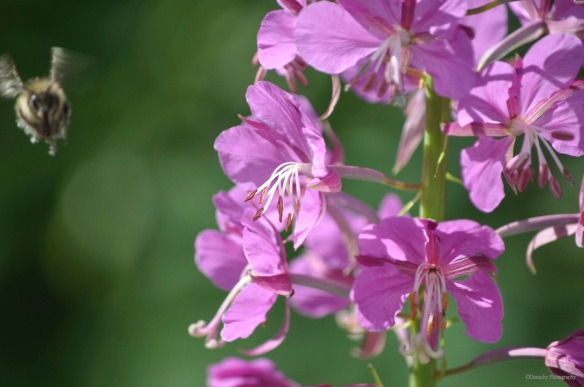 Fireweed is as common as it is beautiful along the highways of western Canada and Alaska. It’s just one of dozens of wildflowers travelers can expect to encounter. Young fireweed leaves are a tasty addition to salads, and their petals can be used to make a beautifully colored ice cream. 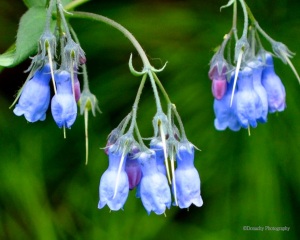 Left: Prickly rose looks a lot like its domestic counterparts. This bud is within a day or two of bursting open. Right: I don’t know if one can properly talk about wildflowers growing in beds, but where we found a few chiming bells, there always seemed to be others peeking out from the shade where the soil was damp and the sunlight sparse.

Appropriately named bog candle lights up the shaded places where it grows. 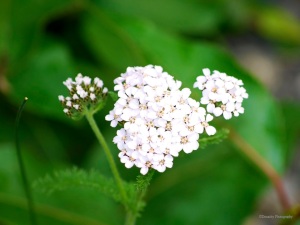 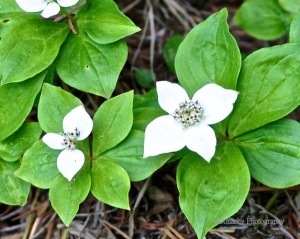 Northern Yarrow is common throughout the region. Dwarf dogwood hugs the forest floor.

Fireweed leans toward the sun above a yellow sea of monkey flower.

Indian paintbrush (red) and lupine (blue) are common throughout the Pacific Northwest. 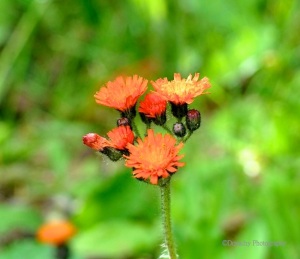 Orange hawkweed is sometimes mistaken for Indian paintbrush, but it’s an invasive species – albeit a pretty one. Wildflowers seem to be everywhere in western Canada. This black bear is framed in fireweed stalks as he takes a break from browsing a patch of sweet clover. A road trip up the West Coast through British Columbia, into Yukon Territory and on to Alaska had long been on our lifetime things-to-do list. This is one of the world’s great drives. 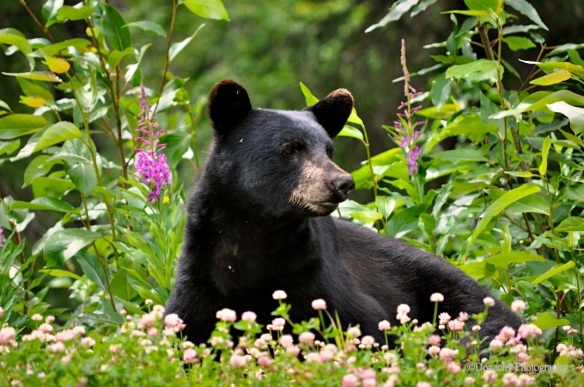