I’ve heard it said that Bald Eagles are so common in Alaska that after awhile people stop noticing them. I am happy to report that I’ve never met a soul so calloused as to be oblivious to these regal creatures. (Chignik Lake, May 20, 2019)

It’s not the first hints of golden-rose sunshine filtering through the blinds on our bedroom windows pulling my eyelids open, and I don’t own an alarm clock and even if I knew how to use the cell phone Barbra and I share as an alarm, I wouldn’t. There’s better music than that to wake to.

Not 30 yards outside my window a mated pair of Bald Eagles have taken up a familiar perch atop a utility pole offering a sweeping view of the lake. Their piping – sonorous, joyous -, sends an electrifying rush through my entire being. I know what their song is about.

The salmon have returned.

Perhaps just a few this morning, the first trickle, silvery-blue backs glistening in the early light as they push along the shoreline heading up the lake to Clarks River, or further up to the Alec, or to Hatchery Beach, which is not a hatchery at all but a stretch of lake shoreline where underwater, mountain-fed springs push up through clean gravel to create perfect spawning habitat for Sockeye Salmon.

These first few fish are but the vanguard of runs that will continue into fall and that will be counted in the hundreds of thousands.

Out in the kitchen, fixing breakfast for Barbra and myself, I find that I, too, am singing. It’s been a long, wet winter. Summer is finally here. How could I not? 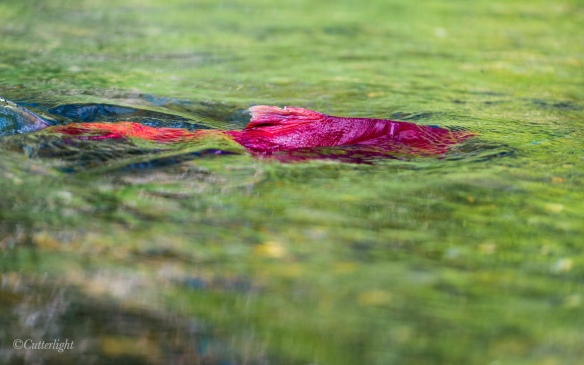 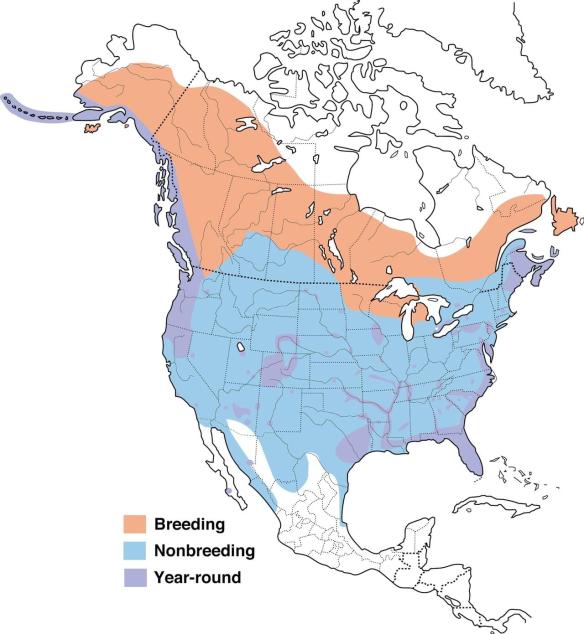 Bald Eagle Range Map: with permission from The Cornell Lab of Ornithology, Birds of the World

Bald Eagle Haliaeetus leucocephalus
Order: Accipitriformes
Family: Accipitridae
Haliaeetus: Latin derived from Ancient Greek haliaetos = Sea Eagle
leucocephalus: Latinized from Ancient Greek leukos = white + kephalḗ = head. The “bald” in Bald Eagle stems from older English in which bald could be a referent to white. A related term, piebald, refers to a contrasting pattern of colors, often of white and black, which is also evident on the Bald Eagle.

Status at Chignik Lake, 2016-19: Common Spring, Summer and Fall; Less Common in Winter and may be Absent on drainage in coldest months, especially if water is iced over

David Narver, Birds of the Chignik River Drainage, summers 1960-63: Common along Chignik and Black Rivers; Occasional on both lakes

Next Article: Merlin – Lady of the Lake

6 thoughts on “Birds of Chignik Lake: Bald Eagle – the Song of Summer”