There may be snow on the ground and ice in the river, but when Tundra Swans begin showing up on the Chignik you know spring can’t be far behind. (March 16, 2017)

We were told that when swans show up on the river below the old dump, it’s a sure sign spring is on the way. While it seems possible to encounter Tundra Swans somewhere in the Chignik system in virtually any season (provided there’s open water), in early spring they’re still traveling in flocks, making it a good time to look for them. Prior to breeding, they’re often found with newly arrived ducks – Mallards, Northern Pintails, Buffleheads and other species.

This Tundra Swan was part of a pair we found feeding with a small group of American Wigeons on the Chignik River. The yellow lores and a very white back are diagnostic. (May 4, 2019)

Swans and Ducks gather on The Chignik in Spring. In addition to the scaup, Mallards, Common Goldeneyes, and Buffleheads in this frame, Northern Pintails, and Red-breasted and Common Mergansers are often mixed in among the swans. (March 14, 2017) 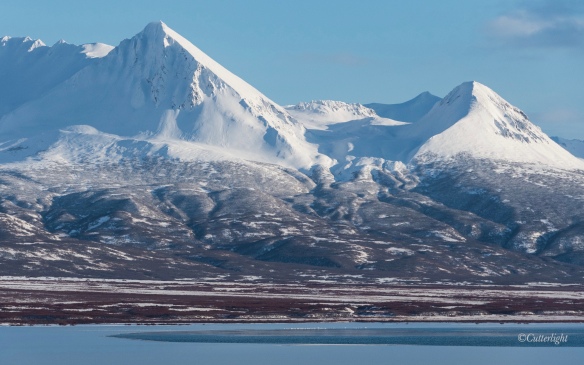 A thin white line of several dozen swans underscores the Chignik Mountains at Black Lake. The shallow, weedy waters are important to waterfowl anytime the lake is ice-free. (January 3, 2018) 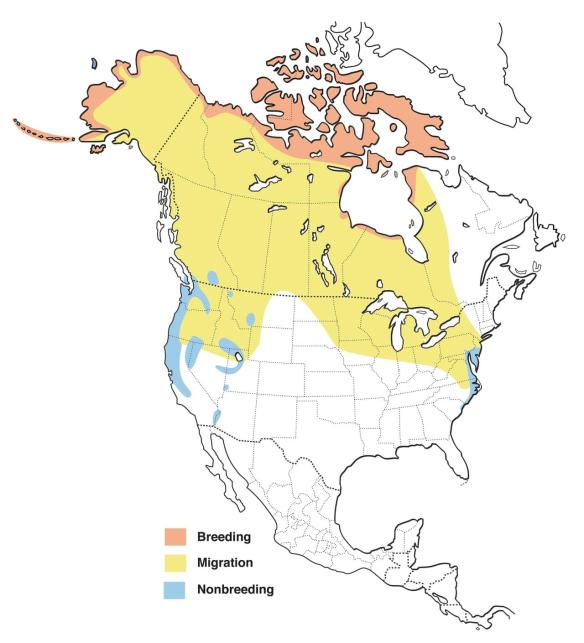 Tundra Swan Range Map: with permission from The Cornell Lab of Ornithology, Birds of the World

2 thoughts on “Birds of Chignik Lake – Tundra Swan: Harbinger of Springtime at The Lake”