Part of a flock of over 200 Emperor Geese overwintering at Chignik Lagoon. An almost strictly Alaskan and Siberian species, Emperors winter along the Alaska Peninsula and Aleutians and breed still further north. (March 9, 2019)

Although not strictly a species associated with the Chignik Lake study area, I include Emperor Geese in this report as they are a spectacular, unique bird that is special to The Chigniks. They are not likely to be encountered outside of Alaska and far eastern Siberia. In recent years their numbers in Alaska have been rebounding following a precipitous decline which saw their population plummet from 139,000 birds in 1964 to just 42,000 in 1986. 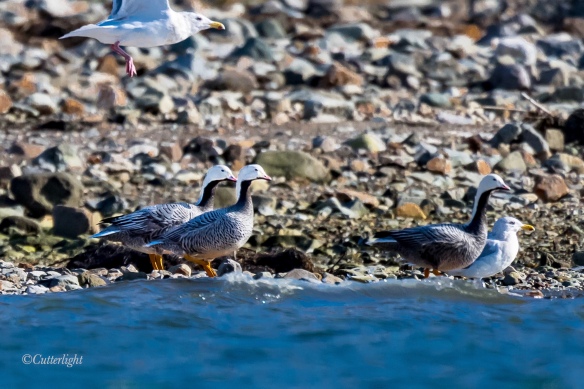 Formerly referred to as Beach Geese and still sometimes called Painted Geese, these surely are, as Edward W. Nelson who made a special study of them declared, the “least known and the most beautiful” of North America’s Geese. (March 9, 2019)

As our planet continues to change, it will be interesting to note what effects this has on Emperors. Hopefully they will part of the Chignik wintertime seascape for a very long time to come. 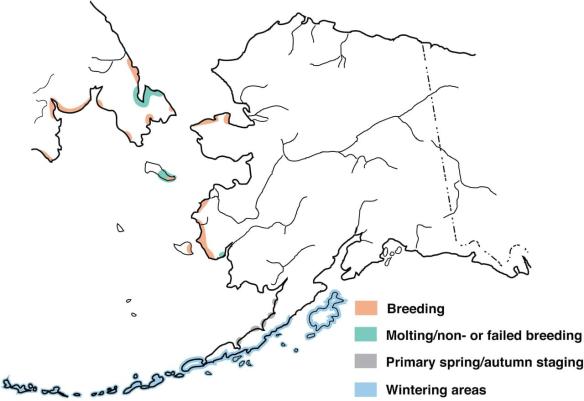 Emperor Goose Range Map: with permission from The Cornell Lab of Ornithology, Birds of the World

Previous Article: Tundra Swan – Harbinger of Spring at The Lake