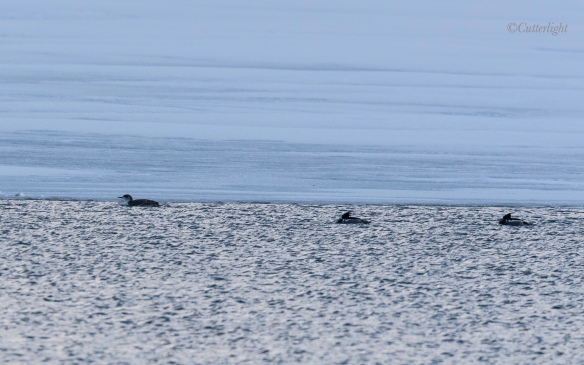 Fine and far off. In fly-fishing, the phrase refers to light tippets and long casts to wary trout. Here it refers to my lone Red-throated Loon sighting on Chignik Lake. It’s difficult to see the eponymous star-like speckling on its back in this photo, but a fine bill angled up slightly, a face showing more white than in other loons, and a smaller, more rounded overall profile add up to Red-throated. A pair of male Red-breasted Mergansers nap to the right on an icy Chignik Lake. (April 1, 2017)

Although Narver regularly encountered Red-throated Loons during his summertime observations in the early 1960’s, I recorded only one specimen during my three years at The Lake. This could reflect that in summertime Red-throateds mainly reside further up the watershed at Black Lake – and possibly breed there -, or it could indicate that in recent years Common Loons have supplanted their smaller cousins in the Chignik Drainage. Except for the breeding season, Red-throated Loons show a decided preference for salt water, so from fall through early spring Chignik Lagoon and nearby ocean waters – areas beyond the scope of this study – might be good places to check for them. 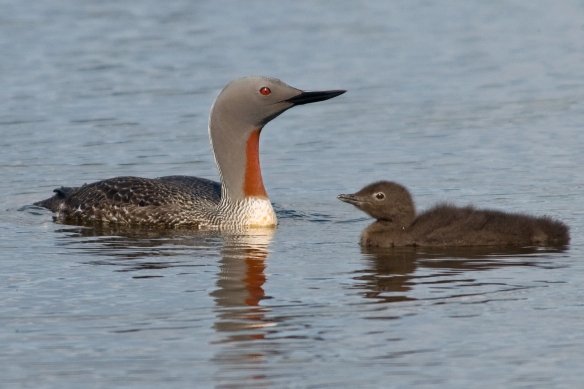 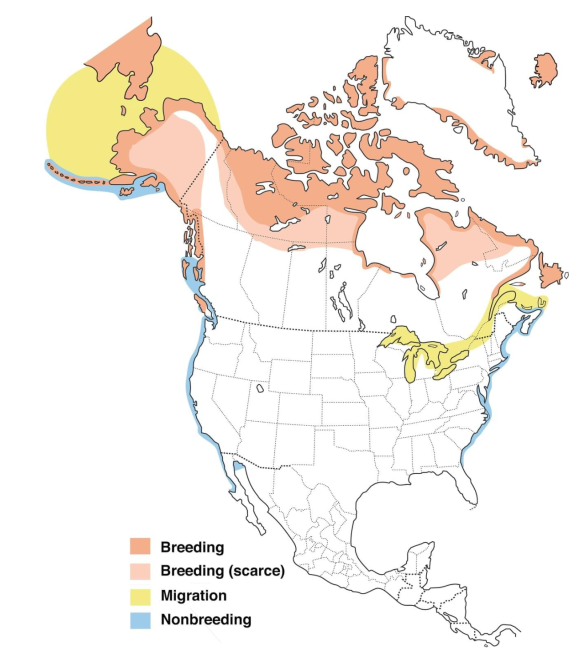 Status on other relevant checklists: