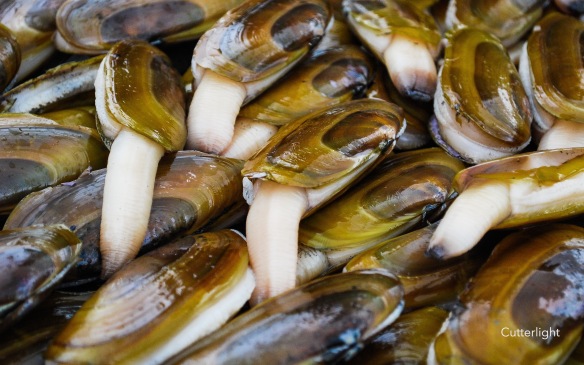 Big, tender and tasty, Razor Clams are avidly sought along Pacific Northwest beaches. The year these were dug, the limit in Alaska was 60 clams per person.

…drop to your knees now & again…
& kiss the earth & be joyful & make much of your time…
For although you may not believe it will happen,
you too will one day be gone.
I whose Levis ripped at the crotch for no reason,
assure you this is the case. Pass it on.
Steve Kowit – Notice, 2000

– In 1966, Steve Kowit (1938-2015) sent the U. S. Army a letter: Were he drafted to fight, the letter stated, he would fight for the other side. He then married the love of his life and spent the next few years in Mexico and Central America before returning to the U.S. to live in California.