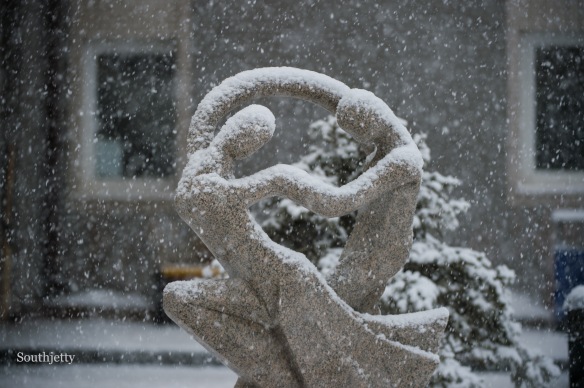 At over 4,400 feet in altitude, Ulaanbaatar, Mongolia, is the world’s coldest national capital city. Lows of -20° F and lower – sometimes much lower – are common.

She was as beautiful a dancer
as he was a fly caster.
Norman Maclean – A River Runs Through It, 1976

Norman Maclean (1902-1990) was 70 when he began writing A River Runs Through It and Other Stories. Rejected by every major publishing firm, the novella and two accompanying short stories were finally accepted by Chicago University Press where Maclean had taught in the Department of English. The book, which was almost instantly recognized as a classic, became the first piece of fiction the CU Press published.

7 thoughts on “Ink and Light: “A River Runs through It” and Spring Snow in in the World’s Coldest National Capital”