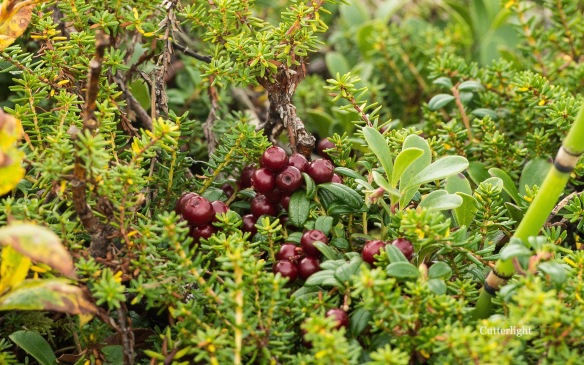 The savannah sparrows that have been passing through in small flocks are absent today. The last of their kind, they’ve joined the white-crowned, golden-crowned and fox sparrows along with the wrens and warblers that flew south back at the beginning of the month. With most of the passerines gone, the shrikes, too, will soon go, following their prey. It’s been two weeks since we’ve seen sandhill cranes and at least that long since loons were gliding across the lake. This morning following a spectacular, fiery red sunrise, the light broke almost white. Winter light.

Making my way through the village toward the trail to the berry meadow, I spot a kingfisher perched stalk-still on a dead alder along the lake. A few glaucous-winged gulls wheel and soar low over the lake, calling listlessly as others sit placidly rocking on the windblown water. In the sky overhead, a pair of ravens show off their vocals with deep, resonating qua-orks and are gone. As the trail enters the dense growth of willow, salmonberry, alder and fireweed stalks gone to cottony seed, I can’t help but notice the absence of birdsong. Not even the chickadees are out. A mile later, up in the bog, there is only wind blowing through the raggedy last of the cotton grass and bowing the sedges in undulating, yellow-green waves.

Remains of summer: Sandhill crane footprint and raven tracks on the edge of an ephemeral pond near the berry bog.

I enter the berry meadow quietly from downwind and scan for moose and bears. There are tracks and other sign in the soft mud, but no animals. A sudden gust sprinkles my face with cold, misting drizzle.

I pull a five-cup container from my backpack and begin walking the edges of the watery meadow looking for mounds of crowberry plants. Cranberries seem to like growing among these mosslike plants. It’s not long before I find the perfect mound. Looking carefully among the needle-shaped crowberry leaves, I see the tell-tale maroon that gives away the berries I’m after. As my eyes hone in on this specific shade of red, I see more. And then lots. 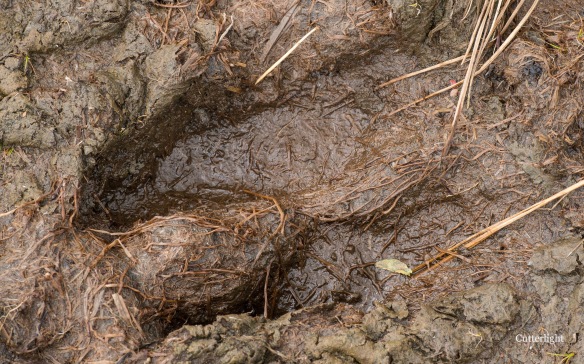 We sometimes find moose tracks at the berry bog as they come to feed on nutrient-rich sedges. 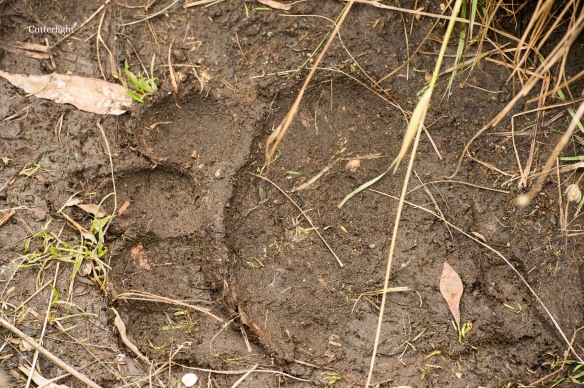 Brown bears (grizzlies) come to the meadow looking for the same thing that draws me – an abundance of bog-loving blueberries, crowberries and cranberries. Even with the nearby river and feeder streams brimming with salmon and charr, it’s common to find piles of bear scat loaded with little but berries and berry seeds. 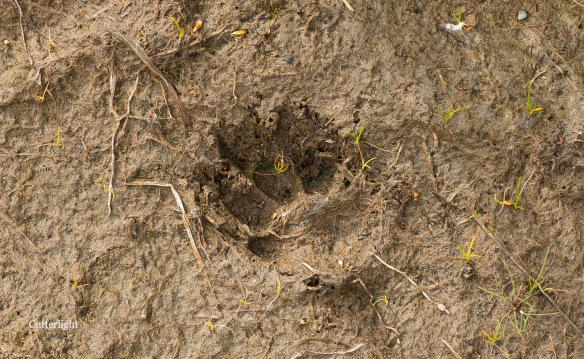 Red foxes love berries too, and are frequent visitors.

Picking goes fairly quickly and by lunchtime I’ve filled two containers with perfectly ripe, agreeably tart, firm berries. These I’ll clean and add to the two-and-a-half quarts Barbra and I picked yesterday, making well over a gallon. Freezing these lingonberries will sweeten them up a bit. After that, we’ll turn them into syrup to add to our Soda Stream fizzed water and into sauces for grilled pork cutlets, roasted chicken and Thanksgiving turkey.

Wild geranium leaves turned orange-red add a splash of color to one quart and one cup of low-bush cranberries… No one with a stash of gold ever felt wealthier.

While picking, my mind follows its own path in and out of dialogs and dreams but I try to remain vigilant to the possibility of animals. In addition to bears, moose, foxes and an array of birds, wolves, too, occasionally travel through the meadow. Just as I top off the second container, I hear a succession of three distinctive snorts directly downwind. Something has picked up my scent. A bear? A moose? I slowly stand and look. Whatever made the noise is buried deep in alders some distance away. I probably won’t get a look, but just in case I check the settings on my camera, make sure my canister of bear spray is handy, and pack up for the mile-long walk home.

Along the trail back to Chignik Lake, crimson fireweed stalks accent the gold of autumn willows. Up on the mountains, the season’s first snow.

As I come around a bend in the trail a snipe explodes into the air, it’s back marbled in browns and streaked with white. Sunshine breaks through the September clouds and the meadow and hills and distant mountains light up. I recall a story about a boy who fell asleep, and when he woke couldn’t determine if he was still asleep and dreaming, or wide awake in a new land.