After a morning’s feeding, Red-faced Cormorants rest at a favorite roost near the outlet of Chignik Lagoon.

Red-faced Cormorants are abundant in the sea near the villages of Chignik and Chignik Lagoon, and according to biologists their numbers appear to be increasing. They often roost and feed in mixed flocks alongside Pelagic and Double-crested Cormorants. Like other cormorants, they are primarily fish eaters, though they occasionally take crabs, shrimp and other marine invertebrates. 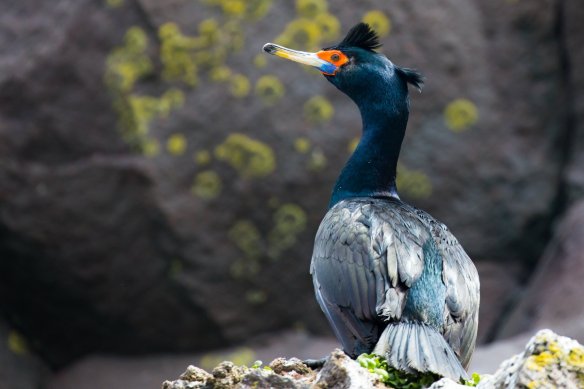 This beautifully colored Red-faced Cormorant was photographed by Lisa Hupp, USFWS, courtesy Wikipedia. The red face is actually bare skin which loses some of its color when the bird is not in breeding plumage. 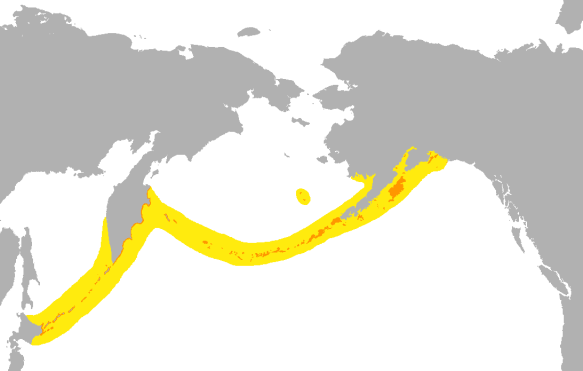 Status at Chignik Lake: Not observed in the freshwater drainage, but common in nearby coastal waters

David Narver, Birds of the Chignik River Drainage, summers 1960-63: Not observed (This is a marine species.)