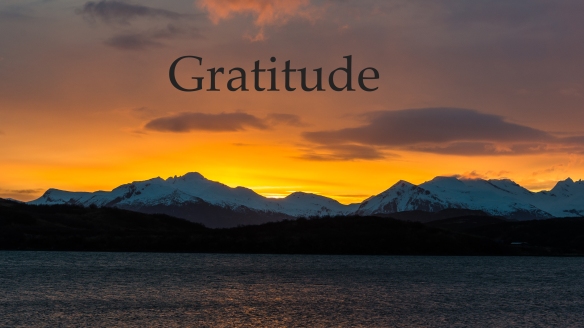 Express Gratitude. Growing up, I had a difficult time imagining what 60 would be like for me. The people in my life who were around that age seemed old. I think, looking back on it, that in truth most of them were old. I wasn’t exposed to many (any?) models of older people who were physically fit, active, still exploring new ideas, and welcoming into their lives new music, new passions or fresh perspectives. A few of the older people I knew sometimes got into a car or boarded a plane and went somewhere – to go see, more than to go do.

Sitting. What I remember most about the older people I knew back then was the sitting. Lots and lots of sitting.

In 1974 my family took a spring vacation trip from our home in Clarion, Pennsylvania to Washington, D.C. I was 14. The ostensible reason for the trip was my father’s interest in an international wrestling tournament in which one of Clarion State’s wrestlers, Wade Shallas, was participating. But to my young mind, the wrestling tournament was almost irrelevant. In the spring of 1974, Washington was electrified.

Further south than Clarion, everything was already bright spring green. Magnolia trees covered with big, showy blooms seemed to be everywhere. Attired in the kind of post-Haight Ashbury garb I’d only seen on TV and in magazines, people were busking, selling art and hand-made pot holders, giving soap box speeches or loosely milling around signs, tight in their own earnest discussions. The Watergate Scandal was exploding. Then President Richard Nixon had fired special prosecutor Archibald Cox the previous November, senior Whitehouse aides J. R. Haldeman and John Ehrlichman had just resigned and Whitehouse Counsel John Dean’s head was about to roll. Impeach the Cox-sucker! one of those signs shouted. Coming from the tiny mountain town of Clarion it was like leaving a world of somnambulance for one wide awake.

But amidst the flowers and buskers, the street hawkers and protestors, the wrestling and the (in my then very limited experience) fancy hotel where we were staying, over the years my mind has continually returned to one image.

Tennis was hugely popular in the ’70’s, and as we strolled the streets we came upon a park of lovely, tree-shaded courts. With heads of impeccably coiffed white hair and crisp, white tennis attire, the couple volleying a ball back and forth must’ve been in their sixties. Yet both the man and the woman hit with real power, and the way they dashed around the court gave them the impression of being half their chronological ages.

In that moment, watching them play, I formulated what was to become a salient life goal. I could be like those two.

The image that couple modeled, and the goal I set for myself back then have stayed with me for 46 years.

And so, in my 50’s, I learned to sail, guided myself to fishing firsts including fly-caught salmon, backpacked remote country in Denali National Park, found my own dinosaur fossil on a trip to the Gobi Desert while living in Mongolia, helped a group of Eskimo friends haul a whale up onto the ice, took up photography, got into birding, kept my cool when charged by a thousand pound bear and at 59 went off on my first-ever bike trek, a self-guided 1,300 miles through Hokkaido, Japan.

I wake up every day grateful for every day. I go to bed every night thankful for the day that transpired and looking forward to the next. And between those two times, I strive to keep myself fit, active and growing. I don’t do this merely for myself. If my own interests were the only motivation, I’m sure I’d have lost momentum and replaced it with the TV remote control years ago. My hope, every day, is that in some way I might help or even inspire someone else. I’m lucky, and I know I’m lucky. Maybe a young person who saw us on our bike trek will one day herself embark on a similar adventure. Maybe a fisherman who has always dreamed of catching a salmon will make this the year they go out and give it a try. Maybe someone who had given up the idea that they could learn to play the guitar will revisit that dream.

None of us knows what tomorrow or even the next moment will bring. It’s good to be alive.

6 thoughts on “Philosophies for Learning to Play the Guitar at 60: The Final Philosophy”