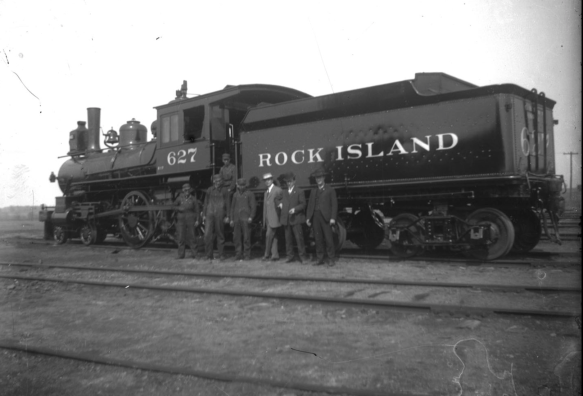 Study history. When Lonnie Donegan released his recording of Rock Island Line in the UK in 1955, the song ushered in the birth of skiffle which in turn sent young British guitarists scrambling to learn more about American roots guitar music – much of which had been all but forgotten in the US. Over the next few years, UK rockers transformed this music until bands like The Beatles, The Animals, The Kinks, The Rolling Stones and The Who exported it back to American shores in the British Invasion. The The Yardbirds, where guitarists Eric Clapton, Jeff Beck and Jimmy Page got their start, joined the ranks of British groups heavily influenced by American roots guitar music

Meanwhile, back at The Lake…

For a village of only 50 to 70 people, there are a lot of guitar players out here. The other day one stopped by to talk.

“How’s the guitar coming along, Jack?” he asked.
“Good. I just started practicing the Travis finger picking style,” I replied not knowing whether or not that would mean anything to him.
“Oh! Chet Atkins!” he exclaimed with a knowing smile.

Yeah, Chet Atkins. We went on to talk about the connection between Merle Travis and Chet Atkins and about the different directions their careers took. I wouldn’t have known any of this just a few days ago.

The history of guitar music in all its forms, classical, jazz, rock, folk and more, is fascinating. Let this history become part of your history. As you do, you’ll find yourself exploring paths you may not have even known existed prior to your studies. Additionally, as your guitar playing brings you into new social circles, you’ll find yourself engaged in conversations with people who are interested in these subjects. Strive to contribute to those conversations and additional doors will open in an ever expanding, newly discovered world.