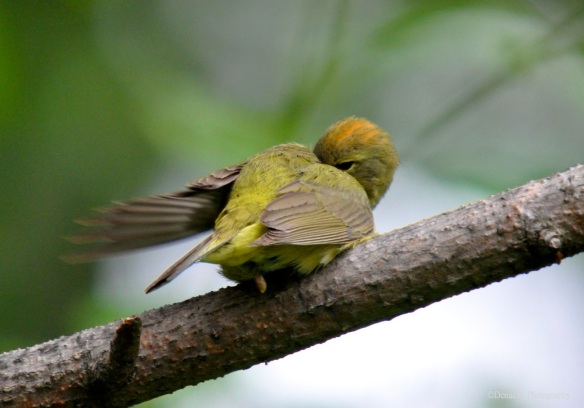 Oranged-crowned warblers (Vermivora celata) are fairly common, but it’s rare to get a good look at these tiny, active birds. Even less common is finding an individual with an identifiably orange crown.

Color is often the first thing we go to when attempting to differentiate among like species. The perplexing thing is that color is often misleading.

The orange-crowned warbler’s orange crown is seldom visible. What birders typically see is a small, greenish-yellow-brown bird flitting through alders and willows. A warbler. But which warbler? 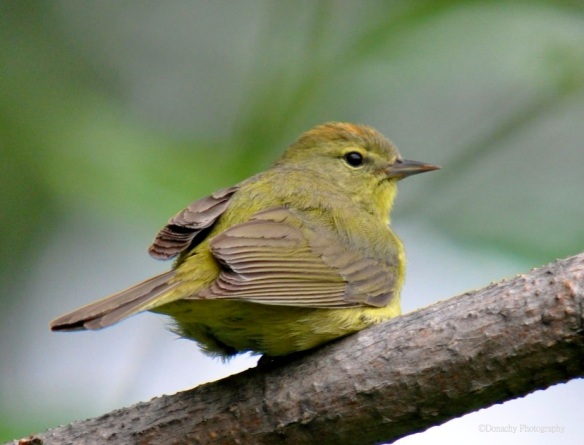 If you don’t see an orange crown, another tell is the complete absences of barring on the wings.

Orange-crowned warblers feed on insects, worms, nectar and berries. They’re ground nesters. What a thrill it would be to find a nest, tucked away beneath low-growing willows. When summer ends in Canada and Alaska and the Western United States, orange-crowns migrate to the southern U.S. and Central America. 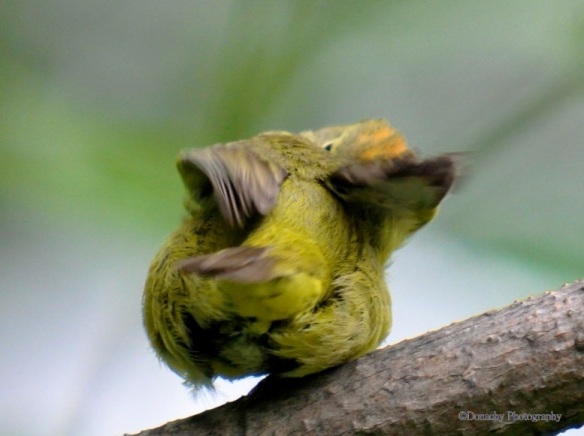 We were lucky to catch this guy preening on an open branch at the edge of Potter Marsh, on the southern edge of Anchorage, Alaska. He stayed long enough for several photos. Before flitting off into the underbrush, he gave us one final view of his seldom-seen orange crown.