As articles are published, readers will be able to click the below titles to go directly to them.

I. Introduction: The Chigniks – Avian Diversity and Change in a Remote, Unique Environment

Sidebar: The Loons of The Lake

Sidebar: Ice Changes Everything – Wintertime on the Frozen Chignik 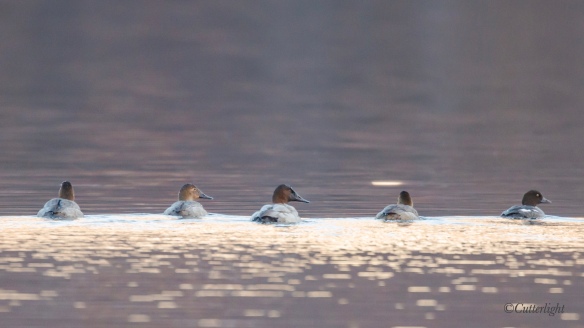 Canvasbacks and a female Common Goldeneye shyly paddle across Chignik Lake. The first, second and fourth birds from the left are female. The third bird, with its dark head and black bill, is a male. (November 27, 2017)

Hunted ducks are wary ducks, and so it is with the few Canvasbacks that visited Chignik Lake. Generally mixed in with other species, their propensity to turn and paddle out of camera range made scaup and even goldeneyes seem tame by comparison. 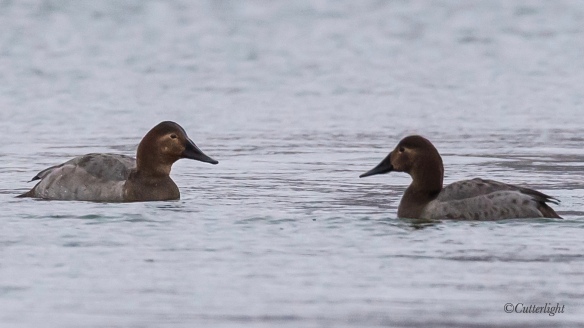 This is another species not indicated for the Alaska Peninsula on most range maps. As they appear to be pushing further north, in future years they may become more common on the Peninsula. With beds of aquatic vegetation expanding in Chignik Lagoon and throughout the drainage, habitat for Canvasbacks looks promising. 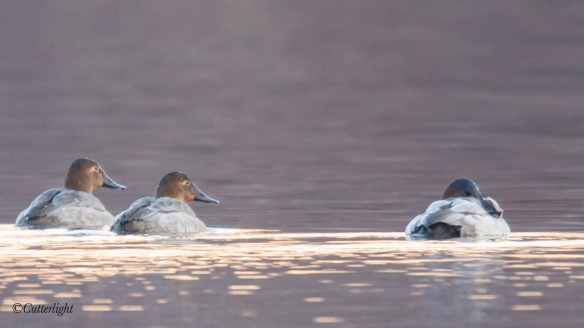 As with other genus Aythya ducks, Canvasbacks are divers. Eclectic in their diets, while they show a preference for Wild Celery (which doesn’t look at all like celery) at certain times of year, they also eat mollusks and aquatic insects. Seldom going ashore, they even sleep on the water, as the drake (the duck on the right) in this photo is getting ready to do. (Chignik Lake, November 27, 2017) 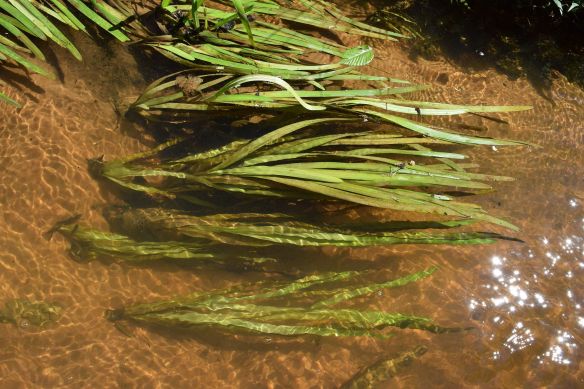 A member of the tape-grass family, Wild Celery, (Vallisneria americana) is a freshwater plant that tolerates salt well enough to thrive in estuarine environments as well. Photo by Fredlyfish4, Wikipedia. 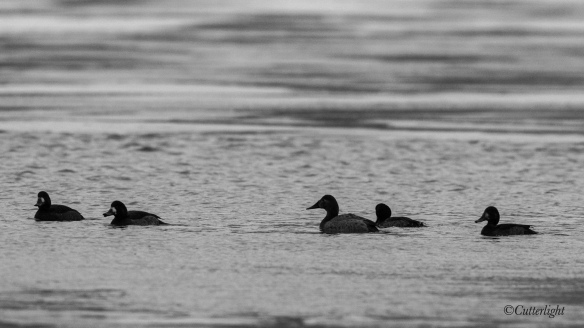 Female Canvasback with female Greater Scaup. At an average length of 24 inches, Canvasbacks are large. The manner in which the head slopes into the bill, creating one straight line, is a reliable field marker. (Chignik Lake, January 25, 2017) 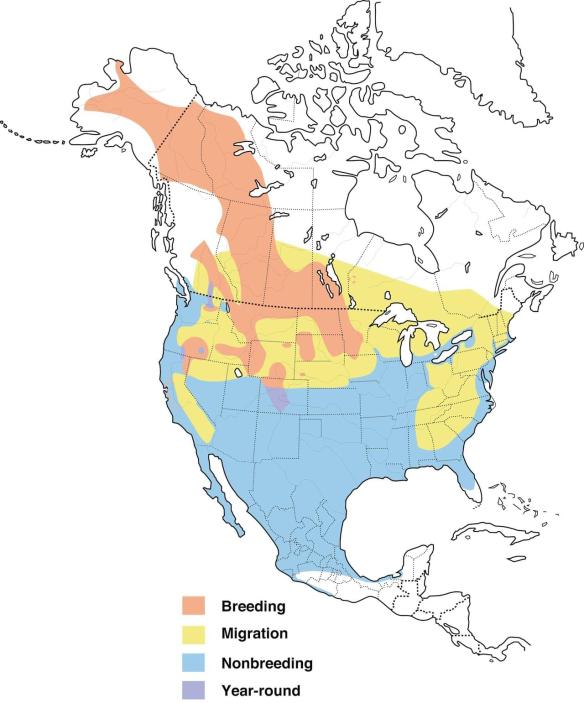 Canvasback Range Map: with permission from The Cornell Lab of Ornithology, Birds of the World

Canvasback Aythya valisineria
Order: Anseriformes
Family: Anatidae
Aythya: from Ancient Greek, a term used by Aristotle believed to describe a duck or seabird
valisineria:   Vallisneria americana, the wild celery which is a favorite food. Antonio Vallisneri was the seventeenth century Italian botanist who named the plant.