With a brood of chicks waiting to be fed, this Arctic tern (Sterna paradisaea) hovers above the water in search of small fish, its primary food source. Minute control over individual tail and wing feathers enables terns to be graceful, formidable hunters as well as inspiring to watch.

Making an annual round-trip of roughly 50,000 miles (80,000 km) between their breeding grounds in the Arctic and their summer feeding grounds in the Antarctic , Arctic terns are a species that fill one with awe and wonder. Unlike most of their cousins in the gull family, they are true seabirds as their migrations take them over vast oceans far from land. To stand on northern beach and watch terns fly is to watch an artist redefine the air. 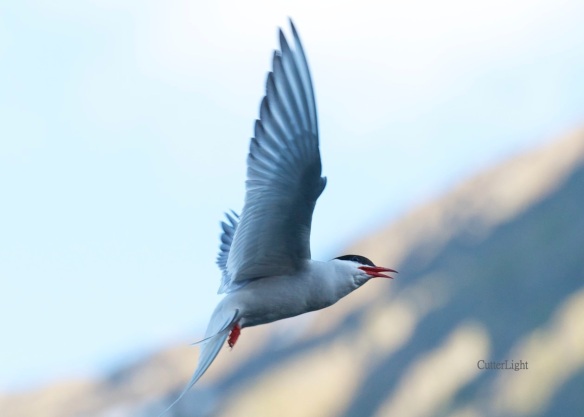 Breeding pairs mate for life and most terns return year after year to the same grounds where they were hatched. There they scratch out a shallow depression in the earth and lay one to three eggs (sometimes more) the size and color of large, brown-flecked olives. Approximately three weeks later the eggs hatch and three to four weeks after that the young birds are fledged. In fall, they will join their parents in making the longest migration of any bird species. 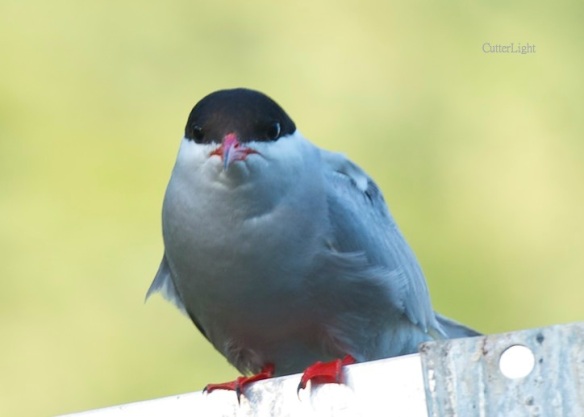 Inky black eyes almost disappear into a jet black cap. Although their legs seem impossibly short, terns are fairly adept on land. A specialized gland allows Arctic terns and other seabirds to extract the salt they ingest and expel it through their nasal cavities. 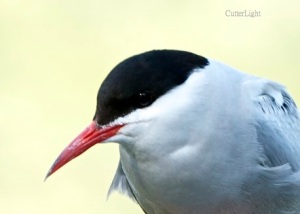 Although one individual is reported to have lived to the advanced age of 34, the average lifespan of an Arctic tern is about 20 years. Their preferred nesting sites are on islands where they’re relatively safe from predators such as foxes and domestic cats, although they lose some eggs and young to gulls and other birds. At one point the millinery trade took a heavy toll on tern populations, but in recent years the greatest threat appears to be decreasing food supplies due to human overfishing. At present, there are estimated to be about one million Arctic terns worldwide. 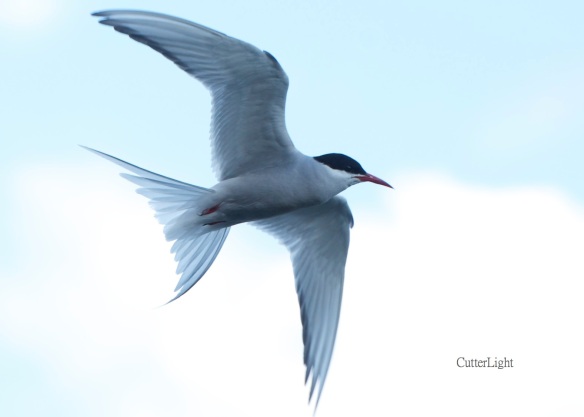 Above: An Arctic tern scans the water below for the tell-tale silvery flash of a school of small fish. 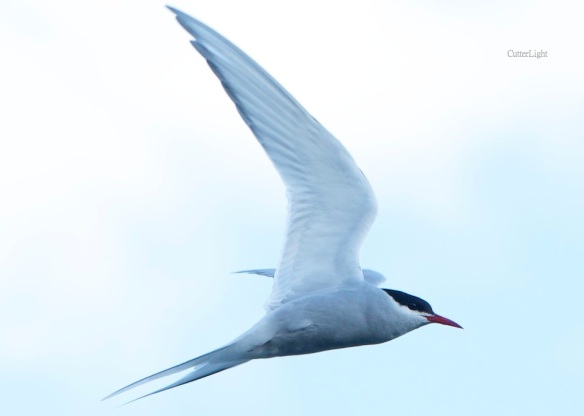 Often flying with a scissored tail and the ability to execute amazing aerial acrobatics – including backflips – account for the Arctic tern’s genus specific name paradisaea – paradise – reminiscent of birds of paradise. 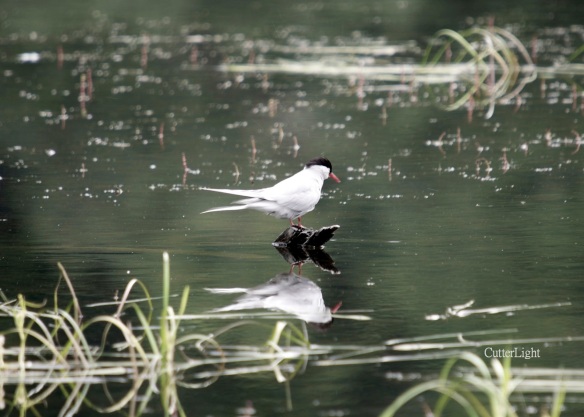 He’s probably not really looking at his own reflection, but with a snappy red bell and a handsome black cap like that, who could blame him if he is?

10 thoughts on “The Arctic Terns of Tern Lake: Artists that Redefine the Air”